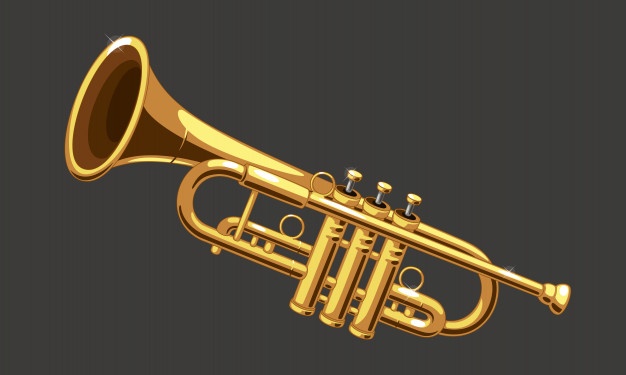 Some End Time Programs and Material States that there is only 2 Trumpets Left to Sound , The 6th and 7th Trumpets , Today I will Proof that 3 Trumpets still Needs to Sound and all 3 Will Sound within a Time Period of 3 and half Years.

4 of the seven trumpets that signify the end of the age have come to pass. With only 3 left to occur, we must look to the Bible to understand what to expect.

The Bible indicates in Revelation that seven trumpets will sound before the end of the age and the Second Coming of Jesus Christ. 4 of the seven have already sounded as evidenced by critical moments in recent history, and a third world war, which is the triggering event of the sixth trumpet. Our understanding of Biblical prophecies and the events that have already come to pass, will guide us in what to expect when the final 3 trumpets sound.

The First Two Trumpets
In Revelation 8:7, John describes an apocalyptic vision. His vision explains the triggering event of the sounding of the first trumpet — hail and fire mixed with blood falling to the ground, and approximately 33% of all of the grass and trees in the known world destroyed.

During World War I, large amounts of artillery shells and chemical agents were released on troops for the first time in history through modern warfare, killing over 8 million people. Soldiers on both sides burned vast tracts of land in order to eliminate any natural or man-made items that their enemies could use.

Another war, World War II is also the event that was triggered by the sounding of the second trumpet. Looking to Revelation 8:8-9, the Bible explains that a third of the ships involved in the conflict that coincides with the activation of this trumpet will be destroyed. During World War II, approximately one third of the ships that participated in the conflict were sunk. In turn, the nuclear bomb deployed at Hiroshima resembled “something like a great mountain burning with fire,” a sight that was new on the world stage.

The Third Trumpet
In a podcast discussing the seven trumpets, Irvin Baxter told listeners of his understanding of the sounding of the third trumpet, which occurred during the nuclear disaster at Chernobyl. In Revelation 8:10-11, the prophet explains that the third trumpet will sound before a star, called Wormwood, will fall and affect a third of the waters.

In 1995, God prompted Irvin to research the Chernobyl disaster that occurred in the Ukraine in 1986, whereupon he learned that “Chernobyl” means “Wormwood” in Russian. Furthermore, the nuclear radiation that emanated from the destroyed power plant contaminated more than 33 percent of the water supply in Europe and Western Asia, killing thousands and affecting hundreds of thousands of other citizens with diseases caused by the radiation.

The Fourth Event
Revelation 8:12-13 explains that the fourth trumpet would sound before the length of the days become shortened, and the sun would not shine for a third of the day. Therefore, time will be shortened and our days around the world will be experienced differently. After the Berlin Wall fell in 1989, a “new world order” with a new age of globalization began to develop. President Ronald Reagan challenged Mikhail Gorbachev to “tear down this wall!” and 29 months later the fourth trumpet sounded.

After the 1st 4 Trumpets a Warning Come from a Angel Flying over the Earth !
Rev 8:13 And I beheld, and heard an angel flying through the midst of heaven, saying with a loud voice, Woe, Woe, Woe, to the inhabiters of the earth by reason of the other voices of the trumpet of the three angels, which are yet to sound!

The Fifth Trumpet
The 5th Trumpet Happens during the Great Tribulation just before the Wrath of God is Poured Out Months after the 666 Mark of the Beast was Implemented!

Rev 9:1-6 And the fifth angel sounded, and I saw a star fall from heaven unto the earth: and to him was given the key of the bottomless pit.
And he opened the bottomless pit; and there arose a smoke out of the pit, as the smoke of a great furnace; and the sun and the air were darkened by reason of the smoke of the pit.
And there came out of the smoke locusts upon the earth: and unto them was given power, as the scorpions of the earth have power.
And it was commanded them that they should not hurt the grass of the earth, neither any green thing, neither any tree; but only those men which have not the seal of God in their foreheads.
And to them it was given that they should not kill them, but that they should be tormented five months: and their torment was as the torment of a scorpion, when he striketh a man.
And in those days shall men seek death, and shall not find it; and shall desire to die, and death shall flee from them.

What Will Happen During the 5th Trumpet?
A Super Volcano will erupt and will affect the Earth for 5 Months. The Result of the Lava and Ash from this Super Volcano will birth insects that will sting, the Bearers of the Mark of the Beast and sores all over their Bodies will appear. Sores with amerce pain and no remedy!

The 1st Plaque of God’s Wrath.
Rev 16:2 And the first went, and poured out his vial upon the earth; and there fell a noisome and grievous sore upon the men which had the mark of the beast, and upon them which worshipped his image.
What tells me this still have to take place and it will happen during the Great Tribulation?

According to Rev 9
Rev 9:4 And it was commanded them that they should not hurt the grass of the earth, neither any green thing, neither any tree; but only those men which have not the seal of God in their foreheads.
When does the Marking or sealing of God takes place?
During the 1st Year after the 666 Mark of the Beast was implemented, just before the Wrath of God starts in Rev 16.
Rev 7:2 And I saw another angel ascending from the east, having the seal of the living God: and he cried with a loud voice to the four angels, to whom it was given to hurt the earth and the sea,
Rev 7:3 Saying, Hurt not the earth, neither the sea, nor the trees, till we have sealed the servants of our God in their foreheads.

The Sixth Trumpet
This second-to-last trumpet will sound before a war is started near the Euphrates River. This waterway traverses Syria, Iraq, Turkey and Iran, which comprise the Middle East. Revelation 9:13-21 indicates that four angels will command an army of 200 million individuals.
This war will take Place During the Wrath of God in the Last 3 and Half Years before the 2nd Coming of Jesus Christ and the Final Battle on Earth called the Battle of Armageddon.

This war will be a Battle between Nations that would like to secure the Last Oil , Bottled Wine and Water and Canned Foods and stored Foods on earth .
For the 2nd and 3rd Plaque of God’s Wrath will destroy All Natural foods supplies across the World.
The Warning from the 3rd Seal will come to Mind as the Rider of the Black Horse sounded .

Rev 6:6 and see thou hurt not the oil and the wine.
Oil and Canned foods and Bottled water / wine Products will become Priceless!

Rev 9:13-21 And the sixth angel sounded, and I heard a voice from the four horns of the golden altar which is before God,
Saying to the sixth angel which had the trumpet, Loose the four angels which are bound in the great river Euphrates.

And the four angels were loosed, which were prepared for an hour, and a day, and a month, and a year, for to slay the third part of men.
And the number of the army of the horsemen were two hundred thousand thousand: and I heard the number of them.

By these three was the third part of men killed, by the fire, and by the smoke, and by the brimstone, which issued out of their mouths.
For their power is in their mouth, and in their tails: for their tails were like unto serpents, and had heads, and with them they do hurt.
And the rest of the men which were not killed by these plagues yet repented not of the works of their hands, that they should not worship devils, and idols of gold, and silver, and brass, and stone, and of wood: which neither can see, nor hear, nor walk:

The 7TH & Final Trumpet
The sounding of the seventh trumpet will be the most dynamic event out of all the trumpets prophesied in the Bible, affecting all human beings. It is at this last trumpet that Jesus Christ will send angels to rapture all saints for their eternal reward and pass his judgments on the fate of the earth’s inhabitants. This event also marks the end of human Life on Earth and the establishment of the Kingdom of God, in Heaven, for the next one thousand years before the Great White Throne Judgement.

At this time, the end time, all of what the Bible has prophesied will come to pass and prove the power of God’s will.

JESUS IS COMING SOON ! ARE YOU READY ?