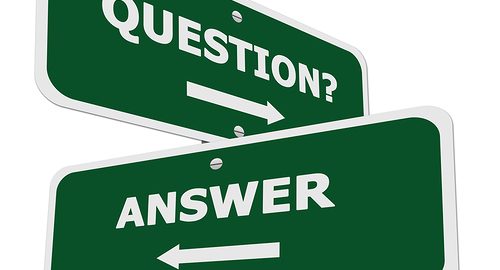 Send your End Time Question to us and we will answer with help of Bible Prophecy.

End Time Q and A
The mark of the beast will it be before or after the rapture?

The Bible is Clear that the Mark of the Beast will be Before the Rapture . The Mark of the Beast is Implemented 3 and half years before the 2nd Coming of Jesus Christ and the Rapture . Rev 7:9 After this I beheld, and, lo, a great multitude, which no man could number, of all nations, and kindreds, and people, and tongues, stood before the throne, and before the Lamb, clothed with white robes, and palms in their hands;
Rev 7:13 And one of the elders answered, saying unto me, What are these which are arrayed in white robes? and whence came they?
Rev 7:14 And I said unto him, Sir, thou knowest. And he said to me, These are they which came out of great tribulation, and have washed their robes, and made them white in the blood of the Lamb.

End Time Q and A
What role will South Africa play in the end times?
South Africa is not DIRECTLY Mentioned in Bible Prophecy ! But the Group we are Part of is Mentioned in the Bible and SA Troops may be part of this war against Israel . 70 % of the BRICS Nations is currently in Battle in Syria , BRICS stands for Brazil , Russia , India , China and South Africa with Newest Members Iran , Turkey and Lebanon . The War = Gog and Magog Ezek 38 and 39 . We just have to find out if SA will be forced to send troops to Syria to assist Russia (Gog) and Iran (Magog) in the War against Israel soon

End Time Q and A
What Happens in the Millennium Reign?

The Bible Speaks of 1000 Years after Jesus Christ Returned at His 2nd Coming taken care of the Rapture and Led the Battle of Armageddon. After this the Earth is left Destroyed and The satan and His demons is bound on Earth for a 1000 Years . Jesus and his Angel army will return to Heaven where all Raptured Children of God awaits Him , Their in Heaven they Reign as Kings and Queens until the 1000 Years is over . All from Heaven then descends with the Golden City to Earth to take care of the White Throne Judgement .
Before this all the dead on Earth shall arise , ready for the Great White Throne Judgement to take place .

End Time Q and A
What Should We Tell Others About the Great Tribulation?

The Great Tribulation is the Period that follows after the Jewish Messiah turns to be The Antichrist , Walks into the Newly Build 3rd Jewish Temple and Stop the Daily Sacrifices saying he is God himself . The Jews then stand against Him and He banish them from the Temple and End the 7 Year Peace Agreement , The Antichrist then take control of the Temple and make it the Head office of the 666 Mark of the Beast . He then Implements the Mark of the Beast .
The Time Period for the Great Tribulation is 3 and half years or 42 Months or 1290 days . In this Time period so much have to happen .
1. 144 000 Jews living in Old Judea / New Palestine have to flee for their lives .
2. The Antichrist start making all his followers with the Mark of the Beast in their Right Hand , and start to force Jews and Christians to take the 666 mark in their foreheads . This lasts for 1 Year or 12 months or 365 days.
3. Then God seals all Christians left over with the seal of God and the 144 000 that fled to The wilderness.
4. Then the 5th Trumpet sounds , being a Super Volcano that erupts to mark the Beginning of the Wrath of God against the bearers of the Mark of the Beast . This lasts 2 and a Half Years as the 7 Plaques of Gods Wrath is poured out over the Earth.
5. the 144 000 Jews and the Christians marked with the seal of God goes into Angel Protection , during the Wrath of God , but still on the Earth.
6. Then after the 6th Plaque , Jesus arrives in His 2nd Coming , the Rapture takes place and then Finally the Battle of Armageddon.

What do we Tell People to do During the Great Tribulation?

End Time Q and A
Where will the Two Witnesses Come From?

The Bible does not say where the two witnesses are from. They will die & they will die in the streets of Jerusalem and the scriptures are very clear about that in Revelation 11. After the 3rd Jewish Temple is build , These Two Witnesses will stand at the Entrance and Prophecy ! The Bible says that they will be killed and they will be left laying in the streets for 3 and a half days in order to dishonor and make fun of them to vent the anger the Antichrist and the entire world against them. So we don’t know where they’re from, but I’m sure that they can be from anywhere.