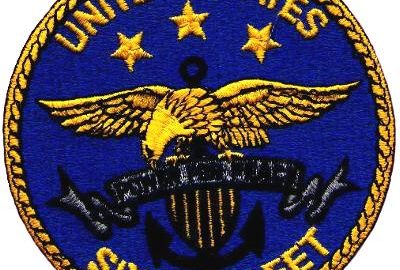 The Ships of Chittim – The Prophecy of Daniel 11.

TruLight Friends. As soon as ISIS is destroyed in Syria. Russia will return to their land with all the riches of Syria! Bible Prophecy Daniel 11 v 26 – 30. In the prophecy Daniel says that Gog (russia) and Magog (Iran) will win ISIS. And they will receive a large portion of Syria as rewards. Mainly all the Gas and Oil fields! With this riches they will not be happy! They want more! So the bible says that they will return to fight against the king of the South. That is Saudi Arabia! The founders of ISIS/ISIL! But the ships of chittim will stop them. Now the ships of chitten is the 6th Fleet of America in the Gulf! Saudi Arabia is under the protection of America. USA is currently fighting Yemen on behalf of Saudi Arabia! This chapter in Daniel is current news. So the invasion against Saudi by Russia will not be successful! Stopped by USA 6th Fleet! Very upset Iran and Russia will return to Syria. And will then attack Israel. With the help of Iran and the balance of the BRICS nations! The Gog and Magog war! Ezek 38/39. Bible prophecy always comes true!

Dan 11:26 Yea, they that feed of the portion of his meat shall destroy him, and his army shall overflow: and many shall fall down slain (100 000 Killed in this Battle Plus Millions fled Syria seeking refugee status in Europa).

Dan 11:27 And both these kings’ hearts shall be to do mischief (Both stated that the battle in Syria was done because ISIS Slain Christians – Well the real reason come out being the Gas and Oil supply of Syria and a Gas and Oil Pipeline from Iran to Russia) , and they shall speak lies at one table; but it shall not prosper: for yet the end shall be at the time appointed.

Dan 11:28 Then shall he return into his land with great riches (Russia has won back the Gas and Oil Fields of Syria); and his heart shall be against the holy covenant (The Land of Colan Heights that is currently in the Hands of Israel but legally according to the UN still the Property of Syria = This land was won by Israel in the 7 Day war in 1967. Israel knows that is is the land Jacob promised His 12 Sons = On this piece of land is the richest Oil fields in the world = 30 Times more than the world has combined); and he shall do exploits, and return to his own land (After Russia defeated ISIS, They will return to their Country).

Dan 11:29 At the time appointed he shall return, and come toward the south (Russia will declare war against Saudi Arabia but will be stopped and blocked by the 6th Fleet of USA – The Ships of Chitten); but it shall not be as the former, or as the latter.

Dan 11:30 For the ships of Chittim shall come against him: therefore he shall be grieved, and return, and have indignation against the holy covenant: so shall he do; he shall even return, and have intelligence with them that forsake the holy covenant. (Russia and the Balance of the BRICS Countries will attack Israel for the Oil Fields of Colan Heights on the Border of Syria and Israel) – Ezekiel 38 and 39