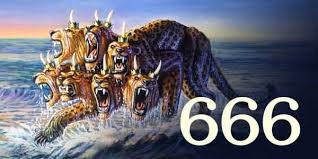 The Number that will Control the World! Over 1 Billion People on Earth has this Number already! 1/6 of the World Population! No this is not the 666 Yet but it is the Control System of the 666 Mark of the Beast!

Just weeks in to his new job as the World Bank’s new chief economist, Paul Romer is already looking to shake up the aging development institution.
He’s already talking about a global identification system that could help tackle the problem of financial inclusion for the poorest in one fell swoop.

Mr. Romer also sees potential for adapting India’s Aadhaar biometric identification number globally as a way to help bring the estimated two billion people around the world into the financial system. He likens the idea to the internet protocol system that paved the way for the global data-sharing revolution.

For many of the world’s poorest, getting a bank account is a huge hurdle because of the lack of documentation.
“It’s an amazing way to empower citizens,” Mr. Romer said.

He envisions the World Bank adopting its own template that could be applied in countries across the globe. Besides including those who are currently excluded from the financial system, it could also help bring people into the formal sector, protect labor rights, and improve tax and pension systems.
India’s Aadhaar biometric identification number is a 12-digit unique identification number, strengthened by a fingerprint and iris scan of citizens for increased authenticity and security.

Without a formal proof of identity, a lot of services, from banking to government subsidies, are not available for people, who need to find alternatives, usually more expensive.

The Bible describes a system under which a person will not be able to buy or sell without a number assigned by the government just prior to the Second Coming of Jesus Christ and the battle of Armageddon
Revelation 13:16-18, which is commonly referred to as the Mark of the Beast.
Rev 13:16 And he causeth all, both small and great, rich and poor, free and bond, to receive a mark in their right hand, or in their foreheads:
Rev 13:17 And that no man might buy or sell, save he that had the mark, or the name of the beast, or the number of his name.
Rev 13:18 Here is wisdom. Let him that hath understanding count the number of the beast: for it is the number of a man; and his number is Six hundred threescore and six.

For those of us who follow the prophecies of the Bible, any effort to enforce a global identification system, that forces every person on earth to have a unique identification number to function in society, is seen as a precursor to the Mark of the beast system in the end time!

The number is linked to the resident’s basic demographic and biometric information such as photograph, ten fingerprints and two iris scans, which are stored in a centralised database, The unique ID would also qualify for as a valid ID while availing various government services, or benefits under NSAP or pension schemes, Universal Account Number (UAN) under EPFO; and for some other services, like a SIM card or opening a bank account.

The Unique Identification Authority of India (UIDAI) is a central government agency of India. Its objective is to collect the biometric and demographic data of residents, store them in a centralized database, and issue a 12-digit unique identity number called Aadhaar to each resident. It is considered the world’s largest national identification number project.
AADHAAR is a Hindi word meaning ‘foundation’ or ‘base’. AADHAAR is a non-commercial / non-governmental organisation seeded in August 1997, which provides support for grass roots-level development in India. It was started by students from India attending post-graduate studies at the University of Twente, the Netherlands. We are a registered group at the KVK Netherlands with dossier Number: 08099671. The group functions with the help of voluntary workers and seeks to incur practically no costs in organisational activities.

AADHAAR bridges the gap between the haves and have-nots. It serves to connect those who wish to support the underprivileged, with the needy to whom this support can bring about an improvement in their standard of living and can lead them out of poverty.

The Aadhaar (Targeted Delivery of financial & Other Subsidies, Benefits & Services) Act, 2016 was notified in the Gazette of India.
Some civil liberty groups, like Citizens Forum for Civil Liberties and Indian Social Action Forum (INSAF), have opposed the project on privacy concerns.

On 23 September 2013, the Supreme Court of India issued an interim order saying that “no person should suffer for not getting Aadhaar” as the government cannot deny a service to a resident if s/he does not possess Aadhaar, as it is voluntary and not mandatory. In another interim order on 11 August 2015, the Supreme Court of India ruled that “UIDAI/Aadhaar will not be used for any other purposes except Public Distribution System, kerosene and LPG distribution system” and made it clear that even for availing these facilities Aadhaar card will not be mandatory.

Overview
The Unique Identification Authority of India (UIDAI) was set up by the Government of India in January 2009,as an attached office under aegis of Planning Commission vide its a gazette notification. The UIDAI is mandated to assign a 12-digit unique identification (UID) number (termed as Aadhaar) to all the residents of India. As per the notification, the UIDAI has been given the responsibility to lay down plan and policies to implement UID scheme, to own and operate the UID database and be responsible for its updation and maintenance on an ongoing basis. The implementation of UID scheme entails generation and assignment of UID to residents; defining mechanisms and processes for interlinking UID with partner databases; operation and management of all stages of UID life cycle; framing policies and procedures for updation mechanism and defining usage and applicability of UID for delivery of various services among others. The number is linked to the resident’s basic demographic and biometric information such as photograph, ten fingerprints and two iris scans, which are stored in a centralised database.

Starting with issuing of first UID in September 2010, the UIDAI has been targeting to issue UID – a unique 12 digit Aadhaar number to all the residents that (a) is robust enough to eliminate duplicate and fake identities, and (b) can be verified and authenticated in an easy and cost-effective way online anywhere, anytime. The Government of India in a notification dated 16 December 2010 recognizes the letter issued by Unique Identification Authority of India (UIDAI) containing details of name, address and Aadhaar number, as an officially valid document. It neither aims to replace any existing identity cards nor is it a cognizance of citizenship. Aadhaar neither confers citizenship nor guarantees rights, benefits, or entitlements. Aadhaar is a random number which never starts with a 0 or 1, and is not loaded with profiling or intelligence into identity numbers that makes it insusceptible to fraud and theft. The unique ID would also qualify for as a valid ID while availing various government services, like a LPG connection or subsidised ration or kerosene from PDS or benefits under NSAP or pension schemes, e-sign, digital locker,[25] Universal Account Number (UAN) under EPFO; and for some other services, like a SIM card or opening a bank account. According to the UIDAI website, any Aadhaar holder or service provider can verify an Aadhaar number for its genuineness through a user-friendly service of UIDAI called Aadhaar Verification Service (AVS) available on its website. Also, a resident already enrolled under National Population Register is not required to enrol again for Aadhaar.

Today a Card, with a Number!
Tomorrow a Number OR Chip in the right hand.

What do you Think?